Gentleman, don’t be fooled by her good looks. As you will soon learn, not everything is as it appears! 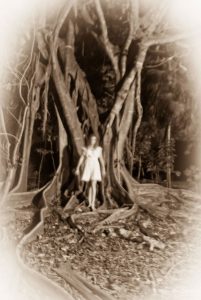 Legends are stories passed down from generation to generation, a mixture of reality and fantasy that give an identity and form part of a community’s culture. Mexico is a country full of culture history, and of course, legends. One of the most popular legends in the Yucatan Peninsula is that of Xtabay.

Wrapped in a bright white huipil showing the curves of her body, this mythical female figure sits at the base of a tree, combing her long black hair in hopes of attracting unsuspecting men. Drunks and sleepwalkers are often seduced and even irresistibly drawn to Xibalbá (the underground world where death and sickness reign).

“If she appears to you, don’t look at her face,” is the advice given by generations of Yucatecans. It is Xtabay, they warn.

The legend tells the story of two women, Xtabay, and Utz-Colel. Xtabay, a woman, known as Xkeban (sinner), was the antithesis of Utz-Colel. She was very beautiful, but she worked as a prostitute. She was still pious and good in her actions toward others, but she was criticized and shunned until the day she died. Her virtues as a person made her body emit an agreeable aroma that revealed her true goodness to the village. On her tomb grew delicate flowers called Xtabentun, which later gave their name to the delicious Yucatecan liquor. Both Xtabay and the flower were equally enticing to men. 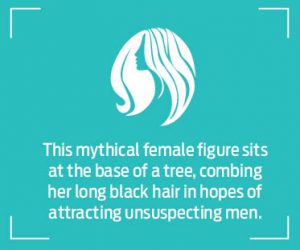 Incredulous, the “perfect” but mean-hearted Utz-Colel denied that the perfume could come from the grave of a sinner. Time passed, and eventually, Utz-Colel died, but her body began to emit a horrible odor, which was believed to reflect her true essence. Utz-Colel asked evil spirits for help to be able to return to earth and attract men using the identity of Xtabay, but with a love that kills.

Whoever finds the false Xtabay is a dead man: she invites them for a walk, seduces them, and then shows them her sharp nails. Some say she takes the form of a tree. Others say she bothers travelers.

If you doubt the story and suddenly find yourself one night on the beach after a few drinks in the company of a beautiful woman dressed in a huipil, don’t worry, just don’t look at her face!

The Legend of the Aluxes