MPAs can be very useful management tools when properly designed, when stakeholders are involved in the process, and when its regulations are actually followed

About 40% of the world’s population lives within 100 km of the coast. In 2013, fish accounted for 17% of the global population’s intake of animal protein. Scientists have estimated that the world’s reefs generate $375 billion USD per year from living resources, fish, aquaculture, sand mining, souvenir manufacturing, tourism, and coastal protection from erosion, waves and storm damage. The health of our oceans has never been more threatened or more important to our wellbeing in the history of humanity. Yet only about 4% of the world’s oceans are protected and most of the marine protected areas are poorly managed (WWF). 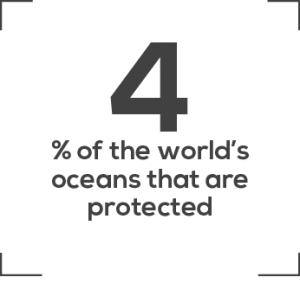 Sadly, most people think that an MPA involves absolute banning of everything within its territory. Not true. MPAs can be very useful management tools when properly designed, when stakeholders are involved in the process, and when its regulations are actually followed. A lot of the world’s reefs and coastal habitats (e.g. mangroves, dunes) have been damaged due mainly to over-fishing and unregulated urban development, and MPAs can protect fish stocks and other commercially-important animals or plants as well as key habitats, which in turn benefit fishers, local communities and the tourism sector. The World Wildlife Foundation (WWF) says, ¨We need more MPAs in the right places.¨ I say we need better implementation of regulations in those areas already existing, particularly in developing countries where corruption is common currency in every step of the ladder.

There are many MPAs in the state of Q. Roo, for example: Puerto Morelos, Cozumel, Sian Ka’an, Xcalak or Banco Chinchorro. These areas are worth checking out as many of their resources and habitats have been somewhat protected for decades. Make sure you visit some of these during your stay and don’t forget to check out its regulations before visiting.

Where are Sharks and Rays Born?

Patzcuaro, Uchepos and Corundas: The Day of the Candelaria in Pátzcuaro