Ready Player One is the latest offering from much-lauded director Steven Spielberg. Set in Columbus, Ohio in 2045, it tells the story of the OASIS, a virtual reality world created by Halliday (Mark Rylance) and Morrow (Simon Pegg). Unfortunately, they have a falling out and Morrow leaves the company. Once Halliday dies there will be no one left to take over the company. So he comes up with a challenge: find the three keys he has hidden within the game and get rewarded with his Easter egg and full control of the OASIS, bringing unbelievable wealth.

Obviously, many people want to get their sticky paws on the prize – some good, some bad. This leads to one of my criticisms of the film: the bad guys are so bad I expected them to be kicking a puppy while robbing their grandmother’s purse.

Many clues can be found by studying the virtual OASIS library where we see Halliday and Morrow interact. I feel these scenes could have been developed far more. By failing to do so, Spielberg criminally under-uses these two talented British actors.

Whilst in the game, the good guys’ avatars are likeable, but apart from Samantha (Olivia Cooke), I found their real life versions quite insipid. The film is visually impressive and is pretty well-paced. However the star of the show is the soundtrack, featuring songs from Prince, The Bee Gees, The Temptations and Blondie to name but a few.

If you are a teenager or if you spend a lot of time playing computer games I am sure you will enjoy this film. But if you are like me and prefer to play outside you will wish you were doing just that – playing outside. I admire the director for moving with the times in terms of subject matter. Alas, this movie is not fit to be mentioned in the same breath as some of the Oscar winner’s previous films, such as Jaws, Jurassic Park, Schindler’s List and the Indiana Jones series. Ready Player One, but not for Player Two. The real reality for this film is it only deserves 6 out of 10.

I Want My Mum! Children of the Riviera Maya’s Animal Kingdom 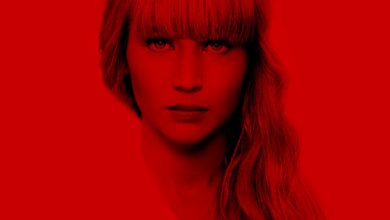