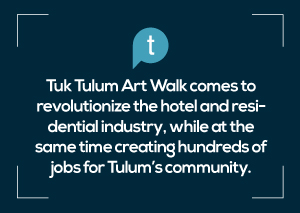 Here we are, in that great time of the year when we are all supposed to assess our rights and wrongs of the year that has passed, and plan new projects, and new stuff to accomplish for the year that comes. If we were to pay close attention to nature – say, if we just were not so lost in our urbanized lives – we would notice that nature, wildlife, ecosystems don’t really wait for January. Nature is mostly guided by moon phases and temperature (seasons), so there are always new beginnings going on there throughout the year! However, when we humans break nature into pieces, as we often do in the name of ‘progress’, we can get to the tipping point of losing species and entire ecosystems.

The Caribbean has been known for decades for its beautiful beaches, but during the last decade, it has also been known for having a very damaged coral reef system, which impacts the entire Caribbean region. To give nature the opportunity of a new beginning, despite the damage, a few restoration projects are happening around the area.

Restoration projects aim to cultivate damaged organisms in order to get seedlings that can be replanted. It is common to find dune restoration projects or restoration of over-harvested forests and degraded lands. But now we can also do this with coral reefs. Corals in captivity or semi-captivity are used to produce seedlings that would help restore damaged coral reefs. Marine protected areas and fish refuges have been a useful tool in the area of Quintana Roo to try to keep reefs less impacted, but scientists from the research center ECOSUR and Oceanus, have been doing this in Quintana Roo and the Mesoamerican reef to restore them. Hopefully these efforts will help give a very much needed new beginning to our precious reefs for the following years.