The Pueblo Mágico of Bacalar may seem like a sleepy little coastal town, but it has a violent and tumultuous history 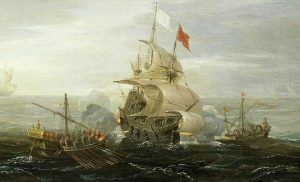 Sitting on a small pier in Bacalar, staring at the spectacular view and intense blues, greens, and aquamarines of the water in front of me, it is difficult to imagine this beautiful location was once the territory of pirates, invaders of the so-called New World. It was also a part of the Caste War, one of the saddest and most violent times in the history of The Yucatan Peninsula.

Due to its strategic location, Bacalar has been a point of interest throughout history. It is possible to get to Río Hondo, the sea, and all the way to Chetumal by traveling through the lagoon. Founded by the Itzaes in pre-Hispanic times, it was an important commercial port in the chieftainship of Uaymi. It was here the interchange of merchandise between Central America and the Maya of the Yucatan Peninsula, took place. 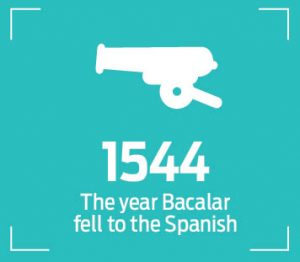 After years of hard fought resistance, Bakhalal (Mayan for place surrounded by reeds), fell to the Spanish in 1544. They promptly renamed it Salamanca de Bacalar. During the following centuries, the Spanish ships and the New World became perfect targets for French, Dutch and English pirates. The port of Bacalar was attacked on many occasions by English pirates who were interested in the land and the precious woods, like the palo de tinte, from the southern part of the Peninsula. In 1733, the San Felipe fort was built to repel pirate attacks.

This wasn’t the last bloody chapter in the location’s history. In the middle of the 19th century, Bacalar was the site of a battle during the Caste War. The Maya soldiers or cruzo’ob (soldiers of the cross) came to Bacalar, remaining here until the Mexican army came, half a century later.

Returning to the contemplation of these tranquil waters, I cannot leave out the fact that the mangroves continue to be destroyed, and the land developed for the enjoyment of a few, even after the Mexican Government certified the village a Pueblo Mágico.

Mexico has amazing and unique treasures linked to a grand past and present. Let’s get to know them and protect them!

Maya or Mayan? That is the Question