If you suffer from herpetophobia (fear of reptiles), you are probably not impressed when you see a small gecko running across your wall or lurking by your porch light waiting for unsuspecting insects. By understanding more about them you will hopefully feel different next time you see one. 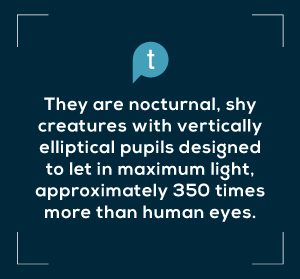 The most common gecko you are likely to encounter in the area is the common house gecko. Originally natives of the Pacific islands, they have made their way across several areas of Mexico. In many regions the arrival of a gecko in the home is a sign of good luck They’re known as “limpia casas”, literally translating to “house cleaners”. They help get rid of mosquitos and scorpions which are amongst their favorite food sources.

They are generally nocturnal, shy creatures with vertically elliptical pupils designed to let in maximum light, approximately 350 times more than human eyes. In moments of desperation they can lose their tails to escape but will often return to eat it due to the high level of nutrients it contains!

Geckos are parthenogenic, which means the female can reproduce without mating. But young geckos conceived in this manner lack genetic diversity and are more prone to disease and a shorter lifespan. The turnip-tailed gecko is indigenous to the area and recognizable by its widened tail, but is less likely to be spotted. They usually reside under logs and rocks in the jungle where they can feast on crickets, termites, spiders and scorpions. If you ever do have the luck to see one close-up you will notice that they look as if they are grinning at you!

The Yucatan banded gecko is found in Mexico, Guatemala and Belize. They are very pretty with a distinct, bold pattern which often serves as a warning for danger. Its additional behavior of raising its body, inflating its throat, waving its tail and emitting a soft purring sound has led many locals to believe it has a deadly sting in its tail. This is a myth as they are totally harmless!

On average geckos live up to 10 years but some species will double that. The longest recorded lifespan in captivity is 27 years. So the next time you see that flash of a tail, remember the good they can do. After all, wouldn’t you rather live with a gecko than a mosquito or scorpion?

Refresh and Reorganize for Springtime