How to Make (Almost) Anything (Part One) 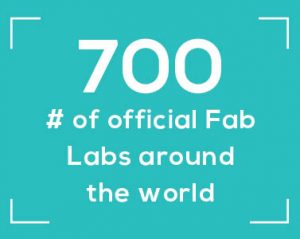 I discovered this amazing project at the second TED talk hosted in Cancun and fell in love immediately. TED (Technology, Entertainment, Design) is a non-profit media organization hosting events and conferences worldwide. Among their renowned speakers are Nobel Prize winners, ex-presidents & entrepreneurs. And just like the TED motto says, Trini and Mike, the architects behind Fab Lab Maya, have “ideas worth spreading”.

The program began in 2001 at the Massachusetts Institute of Technology (MIT) Media Lab, with a grant from the National Science Foundation. The idea was to bring prototyping capabilities to marginalized communities that have been beyond the reach of conventional technological development. It would help them to create their own objects and methods of production on a local scale. There are over 700 official Fab Labs around the world, and not all funded by MIT. 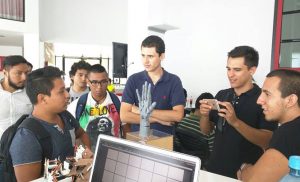 Isn’t what they do clear enough? Trini and Mike use this analogy: Let’s say you want a chair (or a shirt, or a robot, or whatever you can think of) to start a business. Maybe you just need this chair to sit at home. What if, instead of buying the chair (or paying someone else to make the chair), you learn how to make it yourself? That’s the idea behind Fab Lab. Don’t get me wrong, Fab Lab is not a furniture shop, but a furniture shop that can be hatched anywhere through the wonderful and most human of all processes- the sharing of information.

Although the creators of Fab Lab Maya are based in Cancun, their main facilities are in the small town of Felipe Carrillo Puerto. This is a very symbolic spot, as it was founded by independent Mayas in 1850, during the civil war known as the Caste War. It remained free until Mexican troops took it back in 1901 and then re-named in 1930 after Felipe Carrillo Puerto, the socialist ex-governor of Yucatan who favored land reform, women’s suffrage, and rights for the Maya people. It was the perfect place to test the possibilities of such an enterprise. It’s been a year since they started and they’ve developed amazing programs and that have made a very positive impact in the community.